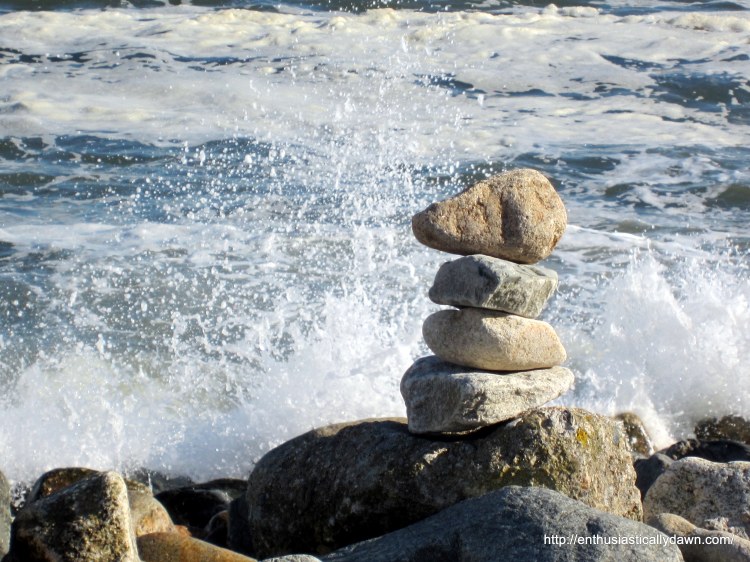 Therefore, brothers, by the mercies of God, I urge you to present your bodies as a living sacrifice, holy and pleasing to God; this is your spiritual worship. Do not be conformed to this age, but be transformed by the renewing of your mind, so that you may discern what is the good, pleasing, and perfect will of God. Romans 12:1-2  (My One Word 2014 Renewal and the verse that guides me)

I’ve written many words in my life. Words I share now are like pebbles from Heaven, bits of hope, to pass out freely. My words have not always been edifying, for words reflect the inner being. Words are the great revealers of the inner life. Or lack thereof. Once they are poured forth they never fail to show who we are, what we believe, and where our allegiance lies. Words can give life and extinguish life. Words are the stuff life is made of from the very beginning:

Then the LORD God formed a man from the dust of the ground and breathed into his nostrils the breath of life, and the man became a living being. Genesis 2:7

For me writing has been a journey of transformation. My words written, a portal into my very soul. My soul has been on a journey since before I even realized I would become a word loving, stone gathering, modern day disciple. I took my pen in hand and began to write the journey, mostly in journals, as the path stretched before me. I wrote it down.

There has always been something about creation that has been a gentle invitation to me. The light dancing through the sheer curtains, when I was a child, would capture my imagination. A certain tree. The ever-changing canvas of the sky intrigued me, wooed me. God was an ever-present whisper. Unseen, unknown, yet somehow seen and known in Creation. God was disguised to me. Hidden but ever present. I can’t remember exactly when I picked up that first stone…or when stones became a reminder of Him and more to me. It’s a bit blurry around the edges for old souls. But there is beauty in the blur.

I wrote words in journals and poured out my allegations toward the whole human race. I ranted, I accused, I slandered, I mocked. I pursued God on paper with my pen and didn’t even realize that in His time He would meet me there…right there in my ugly, angry, nakedness. Having experienced sexual abuse at the hands of both sexes, I thought little of  people in general. I used to say, “I don’t like women, and I don’t like men much better.” My goal in life was to live hard and fast. To do it all, be it all and live it all as much as I could. I was in a race and I wanted to grab all I could. What drove me then was fear. The fear that at any moment, the reality was, my life would be over. It would be done. Guess what? I wanted to beat death from taking me before I had my share of the pie. I lived the world’s philosophy loud and hard. I pursued my golden ring.

They were stepping-stones to me. The fact is when you have been treated as an object, your perceptions get distorted. People were just another means to an end. Even I was a means to my own ends. When you survive the disgusting horror of being used in a way for someone else to gratify themselves at an early age (or any age, for that matter), you harden a bit to survive. A part of you goes into a shell. The tender part, that no-one sees. But God.

As far as God went, as time went on and I grew older, it got to hard to try “to be good”. I knew I was bad. I knew because I hated people, and raged from within. The tender part of my being was wounded, fractured. Broken. I realized the only way to live and survive was to adjust, survive and then…open throttle. I lived full speed ahead. I lived life at a million miles an hour in every direction. Life was not gonna take away my happiness. No one would. I would have my slice of pie. Better still I would have the whole damn pie if I wanted it. I became a fighter. I would have my prize. Many. Literally, I was on the highway to hell.

That was who I was.

I wrote the journey then, and I write the journey now. If I ever start to believe I am a perfect person along the way, there are a whole lot of words that sit in my closet that reveal what Paul spoke about in this passage:

As for you, you were dead in your transgressions and sins, in which you used to live when you followed the ways of this world and of the ruler of the kingdom of the air, the spirit who is now at work in those who are disobedient. All of us also lived among them at one time, gratifying the cravings of our flesh and following its desires and thoughts. Like the rest, we were by nature deserving of wrath. Ephesians 2:1-3

My words now reveal and reflect a soul transformed. Or more accurately, a soul “Under Re-Construction” ; a soul undergoing… a transformation. We all have a soul, but not all souls are being transformed by the Creator. Those that Paul writes about when he speaks of “those who are disobedient” are those who are being conformed to this world, and it’s ruler. I was being conformed to it. I knew it well. I clung to it. This disciple did not go willingly. I trusted no-one. Not a distant God and His rotten creatures.

But now in Christ Jesus you who once were far away have been brought near by the blood of Christ. Ephesians 2:13

I am a girl on a journey. A soul who has come near to Her God. A voice of one crying out, “He is near, and loves to the uttermost.” I am one who has been adopted, taken into the flock by the One True Shepherd of Souls. I am of the new “circumcision” , a daughter of the Most High.

Therefore, remember that formerly you who are Gentiles by birth and called “uncircumcised” by those who call themselves “the circumcision” (which is done in the body by human hands)— remember that at that time you were separate from Christ, excluded from citizenship in Israel and foreigners to the covenants of the promise, without hope and without God in the world. Ephesians 2:11-12

And, I have a new ruler, The Prince of Peace, the One True Living God.

He came and preached peace to you who were far away and peace to those who were near. For through him we both have access to the Father by one Spirit. Consequently, you are no longer foreigners and strangers, but fellow citizens with God’s people and also members of his household, built on the foundation of the apostles and prophets, with Christ Jesus himself as the chief cornerstone. Ephesians 2:17:18

I collect stones. I wander the beach and gather them, photograph them, admire them. I’m drawn to them more than shells. I notice them everywhere, not just at the beach. At some point along the journey, I began noticing and gathering. First as mementos of time spent with the Chief Cornerstone, then one day I walked the beach amazed at the number of stones and the various shapes, colors and sizes, it was as if God spoke to me and said:

“These stones are like my people. Each one is uniquely shaped, colored and sized by my hand, in my time. I love each one of them as if they were the only one. “

People ask why I am so drawn to stones. They remind me of God’s presence and power in my own life. But, even more so, they remind me of His desire to reveal Himself and His love to each one. He longs to meet each one right where they are, as they are, whether smooth or rough, small, large, white, black or speckled.

Friends, I want to ask you something. You know some people who are like rough rocks with jagged edges. You have no idea where they have been in life…what they have experienced or been exposed to. God does. You, who know God? You, who believe you are  smooth stones. God loves the sharp-edged, jagged rocks just as well. He longs for you to love them just as they are. He longs for you to embrace them, not pass them by or “tolerate” them. Can you do that for Him? Can you look at the jagged, imperfect stones and see them as He does? Can you meet them where they are and yield to His all-consuming passion to love to the uttermost?

I only used to pick up and save the smooth white stones…now I see things differently. I enjoy and love them all. Each one is a reminder of His love.

Linking with: Jennifer for #TellHisStory ; Tracy for Winsome Wednesday; new to Hazel for Tell Me a Story and Naomi for Monday’s Musings; Juana for Wednesday Prayer Girls; Miss Kathy for All Things Bright and Beautiful (and whose own post on stones surely inspired me and made my heart happy: Memorial Stones: Trustworthy Rocks) Check that out!

14 thoughts on “The Transforming of Souls and Stones”