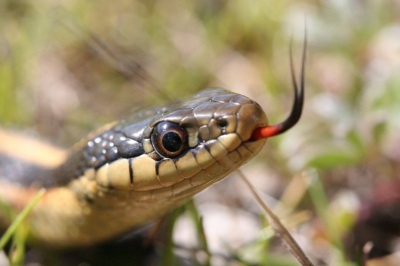 photo credit
The tongue has the power of life and death, and those who love it will eat its fruit.
Proverbs 18:21
I have been thinking a lot about my words lately. I have been learning to let the words of others hold less power over me by responding with grace. And prayer. I really am being challenged within as I consider the impact of words and the motivation behind them in some recent situations. As I listen to others I am sometimes amazed at what their choice of  words actually reveal about what they believe despite what they are saying. God has used my own words to reveal the same of me.
I want to share something with you, friends.
I grew up in a home where words were not always gracious.
Where cursing was common.
Where put downs, negativity and sarcasm were steadily portioned out as nourishment.
I was always inextricably drawn to words and their power.
It is not surprising that I took a pen to paper and scratched out poetry at a young age.
I would scribble song lyrics on paper because words intrigued me.
I wanted to see them, study them, grab hold of them.
Many of the words I wrote were not beautiful.
They reflected the ugliness that was within and without.
But the One who made me planted within me, intricately, delicately
a longing and love for wisdom, truth and words.
It is nothing less than perfection that the One who is The Living Word that became flesh
drew me to Himself.
In His time He drew out of me that which He planted from the beginning.
As I am sure you can understand, much weeding needed to be done.
When He redeemed me, my words were witty at times.
Sometimes my words were well timed and even poignant.
I learned to use them to hide inadequacies and I also would wield them to cut someone right in two.
I realized that words, well used could do much…for good or evil.
Our God, the One whose own words begat life,
wants to redeem our words.
He gives us opportunities daily to choose life or death with the words we choose to let loose.
Today I have given you the choice between life and death, between blessings and curses. Now I call on heaven and earth to witness the choice you make. Oh, that you would choose life, so that you and your descendants might live!
Deuteronomy 30:19
Oswald Chambers said, “Sarcasm is the weapon of the weak man.”
I love my husband’s paraphrase, “Sarcasm is the devil’s pitchfork.”
I believe America has been blessed with a freedom that is grossly abused.
The public tearing down and humiliation of others is glorified.
I am not going to even mention the names of those who people exalt for the blunt,
rude manner with which characterizes the words they speak.
But, I think that it is getting harder to discern grace and truth for onlookers when
Believers are laughing at the same sarcastic banter the unbelieving world is gorging themselves on.
Somebody pass the salt, please.
Let your conversation be always full of grace,
seasoned with salt, so that you may know how to answer everyone.
Colossians 4:6
Please do not misunderstand. I am not saying I have mastered all of this.
I am not saying I am sinless.
I am saying that I do struggle and so appreciate being with people who are real and honest about wanting their words to be God honoring, a reflection of His grace and truth, to believers and unbelievers alike!
I also think that we need to carefully think about the words that casually drop from our lips.
That we need to recognize Christ with us at all times, so that we can be sensitive and available
to His Spirit to measure our words according to His will.

Religion today is not transforming people; rather it is being transformed by the people. It is not raising the moral level of society; it is descending to society’s own level, and congratulating itself that it has scored a victory because society is smilingly accepting its surrender.
~A. W. Tozer

Would you consider leaving a comment in answer to one of the questions below?
Have you ever come away from a group of Believers and felt afterwards “dirty” from
the conversation even though you did not necessarily say anything negative or wrong?
Have you ever felt a familiarity but discomfort at the banter taking place in a Christian group?
Have you ever been around others who you thought were trustworthy and discovered that they were an “unsafe” group to be around although they were Christians?
So the Word became human and made his home among us.
He was full of unfailing love and faithfulness.
And we have seen his glory,
the glory of the Father’s one and only Son.
John 1:14 (NLT)
Michelle’s Place

15 thoughts on “Your Tongue {The Power of Life or Death?}”